The medical profession has repeatedly been ripped apart by intimate partner shootings.1-3 In November 2018, this reality struck home for the Chicago (IL) Committee on Trauma (CCOT), when a mass shooting at Mercy Hospital targeted a beloved emergency physician who had worked with or trained many trauma care professionals across the city.4 Our grief has been magnified by the unrelenting nature of firearm injuries in our community. A few months later, the members of the CCOT shared the shock and sadness of all Chicago-area residents when a mass shooting occurred at a manufacturing plant in Aurora, IL.5 It is perhaps unsurprising, though nonetheless tragic, that a culture pervasive with such acts in public spaces also sees firearm-related violence tear apart domestic partnerships.
The Centers for Disease Control and Prevention (CDC) has estimated that nearly half of women homicide victims in 2003 to 2014 were killed by a current or former domestic/intimate partner.6 Data from the U.S. Bureau of Justice Statistics in 2007 provided similar findings and estimated the risk of death increased fivefold if the abuser had access to firearms.7 The Bureau of Labor Statistics (BLS) estimated that 40 percent of women who died of workplace violence in 2016 were also victims of intimate partner violence (IPV).8 Also important to note are 2010 BLS data looking at the 518 reported workplace killings that year, with firearms used in 78 percent of the incidents.9 Between 2009 and 2017, 54 percent of mass shootings involved an intimate partner or a family member.10 Many national health care organizations, including the American College of Surgeons (ACS), have released statements reinforcing the reality that easy access to firearms can be a contributing factor in deaths resulting from IPV.11-13
Limited effects of legislation
Illinois law prohibits the possession of a firearm or ammunition by anyone convicted within the previous five years of battery, assault, aggravated assault, or the violation of an order of protection. However, this statute only extends to individuals who used or possessed a firearm during the crime. It has been reported that the perpetrator of the November 2018 incident had purchased the firearm used in the Mercy Hospital shooting legally in 2012; however, he had a restraining order against him that was issued on behalf of his ex-wife in 2014 (notably, in effect less than three weeks), as well as other concerning incidents suggesting a disposition toward violence.14
Although Illinois has some of the most progressive legislation that seeks to keep firearms out of the hands of domestic abusers and other individuals with a history of violence, it is hampered, as are other states, by restrictions that occur at the national level. The U.S. Bureau of Alcohol, Tobacco, Firearms and Explosives must perform firearm traces without the aid of an easily searchable database, and no national registry functionally exists to assist in these traces. If the results of the investigation now being undertaken by the Illinois State Police and other agencies ultimately conclude that current law does not apply to persons such as the perpetrator in this incident, perhaps it is time to take another look at the laws. The CCOT and the ACS COT both support enhancements to the 2017 “Fix NICS” (National Instant Criminal Background Check System) Act that would apply to private transfers of firearms and would add IPV and stalking offenses to the disqualifying criteria for the purchase of firearms.15
Socioeconomic factors
The CCOT, like many other organizations, considers violence to be a public health issue. Consequently, all factors that might influence the perpetration and sequelae of violence must be taken into account when developing strategies to address the problem. Possible causes of violent tendencies include individual/family issues such as mental health and associated behaviors. These root causes also include larger determinants of health, such as access to the following: quality education, economic stability, a community structure that promotes social involvement and support, quality health care, and a safe living environment.
Because firearm-related violence is profoundly affected by many of these determinants, access to firearms cannot be ignored as a contributing factor. The CCOT supports the development of an unrestricted and appropriately resourced national, state, and local research agenda into the causes of firearm-related and other types of violence—one unhindered by political considerations.
It is our issue
IPV resources
CDC Intimate Partner Violence, additional resources
Futures Without Violence
National Coalition Against Domestic Violence
National Domestic Violence Hotline: 1-800-799-SAFE (7233)
National Network to End Domestic Violence
National Resource Center on Domestic Violence
Rape Abuse & Incest National Network Hotline: 1-800-656-HOPE (4673)
U.S. Department of Justice Office on Violence Against Women
A member of the National Rifle Association (NRA) publicly decried the efforts of health care professionals in recent months, advising us to “stay in our lane.” Members of the CCOT, including surgeons and other providers (some of whom are firearm owners and members of the NRA), regularly witness the horrific impact of firearm-related violence inflicted on our patients, their families, and our community. We join with our colleagues across the health care spectrum in stating emphatically that this is our lane, but it is not just ours. It is a lane occupied by parents who have lost children to firearm-related violence; by those who struggle to care for children who have survived these events but with life-altering sequelae; by men and women who feel trapped in abusive relationships but are afraid to remove themselves for fear of violent retaliation; and by children who experience the physical, social, psychological, and spiritual consequences of witnessing community violence around them.
Many individuals in the Chicago area have worked tirelessly to decrease the burden of violence and injury on our community. We commend these individuals and we ask for all who are not yet involved, who still think of violence as something that happens to someone else, to join in the dialogue to try to find legal, social, and health policy solutions to this problem.
See the sidebar for IPV resources. For more information on the Chicago Committee on Trauma, visit www.chicagocot.com. 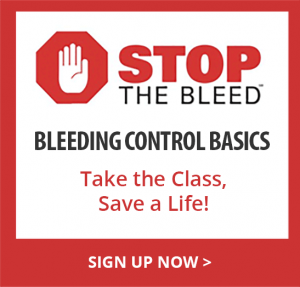 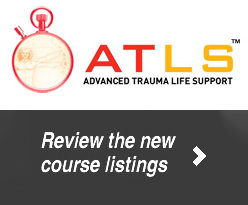